The big news from Dynastar for 2012-2013 comes with the retirement of the Legend range and the introduction of the Cham (Chamonix being Dynastar’s “local” hill) range of freeride skis to fill the void.

Flat tails, rocker up front (800mm in the Cham 127) along with muted, typically “Dynastar” graphics complete the package.

Also debuting this year are 3 “High Mountain” variants of the Dynastar Cham mirroring the regular Cham series (except the 127), and again, aimed at those who want to free the heel and go that little higher in search of turns. The Cham High Mountain range is pictured all ready to go with Look branded Dynafits.

The Legend had a strong following – it will be interesting to see how the Cham stacks up.

Elsewhere the Speed (race), Speed (piste performance) and Outland (all mountain) and 6th Sense (freestyle) range are all present and correct with no significant changes on last year. 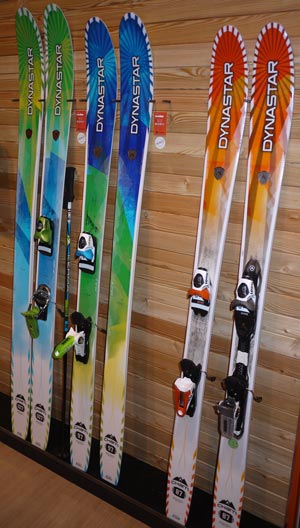 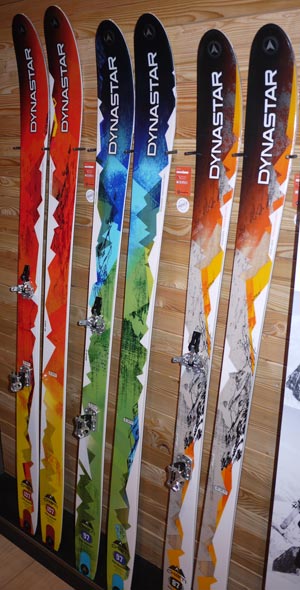 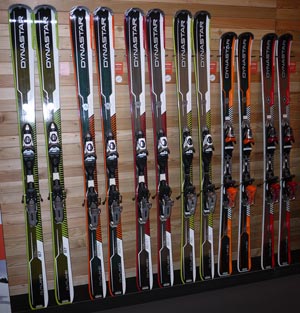 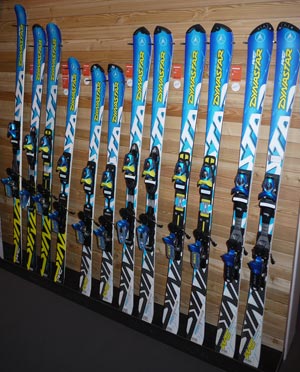 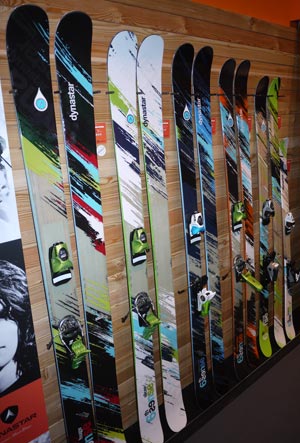